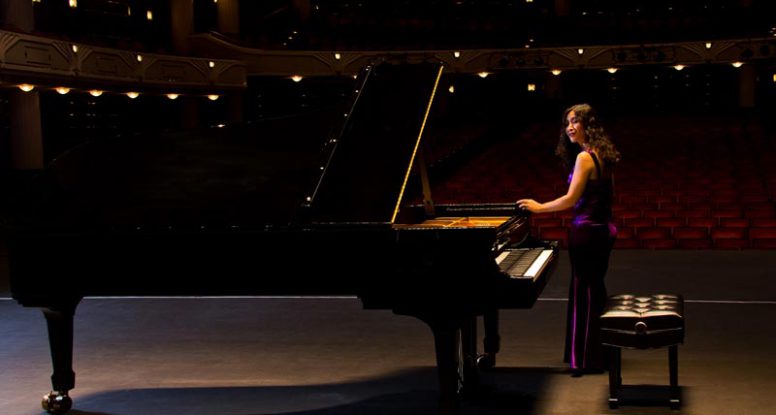 There is a reason there is silence in art museums.

The whispered, hushed tones of meaning that come from patrons as you walk past your favorite painting, be it a Renaissance portrait, or modern abstract sculptures. The same reason the overhead air conditioning is so prevalent, the echoes of high-heels and boat shoes across the most likely, wooden flooring.It’s because, like a church of your choosing, or even a tranquil environment if you don’t believe in religion, is sacred.

It’s an intimate bastion where your soul can be replenished, in both the eyes, body, and mind. In modernized words, it is the original “app store”.

Writers block? Look at this Jenny Holzer display of text. Can’t get the image out of your marble? Behold Renaissance era busts. Paintbrush stuck in the acrylic and you want to throw the brushes in the air? There’s a Van Gogh for that.

It is a place of wonder and for those smaller cities where the district isn’t afforded many opportunities but you can feel the art surging from the cracks in the pavement, it is Oz. A magical land for the Dorothy’s who want to break out of the norm, and want to walk the Yellow Brick Roads of art.

The Emerald City glistening in the fair distance, is the Norton Museum of Art; and though it is currently under construction to further its expanse, it is still glowing.

Swap the emerald green for those familiar white halls, where it’s ongoing series “Live! At the Norton” is helping another form of art that is passionate, pure and not often given the spotlight nor universal hospitality it deserves: classical.

A genre holding hundreds of branches in it, with composers such as Vivaldi, Brahms, and Bach amongst others, with compositions created with as much meticulous care as Michelangelo.

But the thing overlooked more than anything else, are the stories that are hidden in the compositions themselves. The mini-opera like tales that range anywhere from Shakespearean like theatrics to the deeply personal that touch your soul, all written in a language of notes and chords.

The poets and storytellers of this art form help to not only tell their stories to new generations but also weave in new threads to study and awe at, the Wizard giving magnificence and hope to the masses. 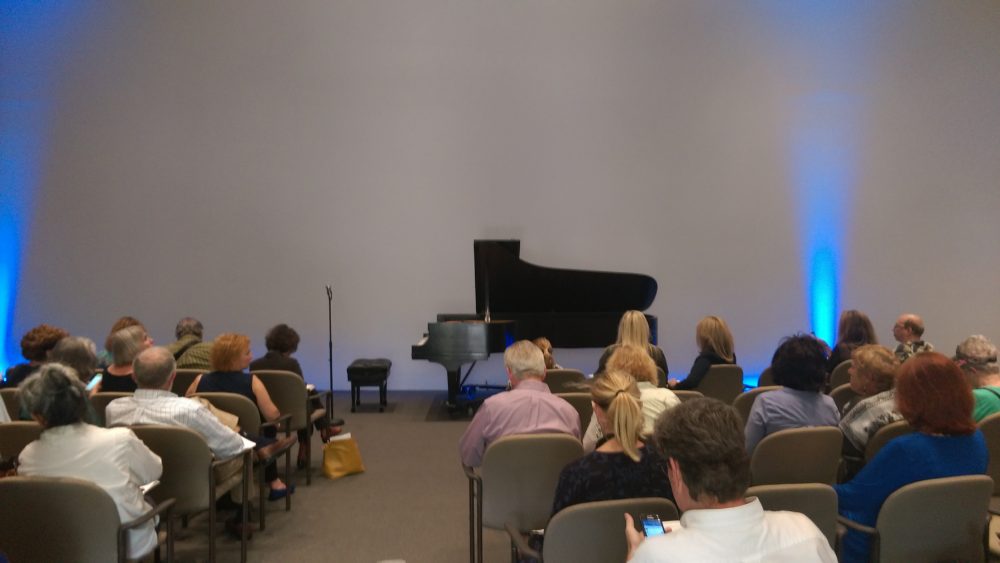 It is without a doubt that Yoko Sata Kothari is one of these musical magicians, demonstrating a regality in her playing, as well as wanting to further education in her program, “Family Ties: Mother, Father, Brother & More!”, showing not just the mastery of the art, but the depth of storytelling in them.

After Thanking the crowd for spending their Sunday at the performance, her love for the genre shows in her selection, saying she looks at her program “like a five-course menu at a restaurant. I started out with something light, like an appetizer. Then I go into soup and salad, the main course and then, of course, dessert.”.

Opening with the full version of Brahms infamous Lullaby, which Kothari shared was not dedicated to his own child, but his friends, it was a beautiful appetizer to what was to come.

The choice of works to highlight each subject were not only perfect for the program, but emotionally breathtaking. Bach’s swooping programmatic “Capriccio On The Departure of the Beloved Brother, BWV 992”, which Kothari shared was the only known surviving instrumental piece by the musician, highlighted the complicated emotions of Bach’s older brother leaving for Sweden, as she also described the meaning and intricacies of the 6 pieces, ranging from the family asking him not to leave, going so far as warning of dangers, the eventual realization of leaving and ending on the unique 6th piece, an imitation of the horn of the postillion in which the brother leaves.

The Family meaning of the piece continued in Feruccio Busoni’s Fantasia, dedicated to his Father who passed away. The deeply moving and deep pieces painted pictures that we are used to in an opposite sense, where the music highlights the film scenes it’s most often associated with. In it, Kothari’s attention to detail continues in her playing, where you can feel the rumble of the Father’s low voice in the deeper octaves, and the depths of sorrow and mourning in her beautiful touches of the Steinway & Sons keys.

It is the small details that make up the beauty of the genre, and their meaning.

It is here that it’s important to point out the depth and extent of how much classical music has influenced other genres. In the earlier Bach piece, you feel small touches of jazz, and in opus like forms both in the above piece and the following composition “About Mother: Op. 28” by the lesser known composer, Josef Suk (which also comes with a bit of drama as violin trained Suk wrote it about his wife & mother to his child, who was also the daughter of his own mentor and teacher), which range from the more familiarized light twinkles to swooping film like scores.There is unparalleled emotion in pieces like these, and they aren’t limited to piano. We see them in violin, cello, flute, and even guitar, where it can be argued that post-rock is the modernization of classical music.

The art can only be fully executed by those who have an equivalent love for it.Kothari’s playing is both elegant and masterful, each touch or press of the keys bouncing off the walls with such perfection, it feels as if you’re listening to a record.

Moreover, Kothari makes it look not just easy, but possible. Piano prodigies and classically trained children and adults are responsible for the gold dust that helps to keep the power of the genre alive, but it is Kothari’s open playing and accessibility that makes every note soar around the room, and inspires you to not just think but believe that you can play too. That it isn’t limited to the public’s view of aristocracy and diamonds and pearls that so many associates the genre with, but that even a kid who might not have as much or have a baby grand, can learn, play and love classical music just the same. And it is that element that is not only so essential, vital, to keeping the genre and beauty of classical music and the work of composers alive.

Kothari was eager to share her dessert throughout the performance, and rightly so. It is here that I must add as a viewer and writer, that I often wish I could post the audio from concerts, as they are sometimes too beautiful to describe. Kothari’s performance of Korean composer, Han, and his variation on “Ah! Vous dirai-je, Maman (Twinkle Twinkle Little Star)”. While not only requiring dexterity, also requires immense prowess, which she most definitely has.The piece feels like a Space Mountain speed like ride throughout musical history, crescendoing from jazz, to classical, to blues and back, highlighting not only the similarities throughout all of music’s many forms, but the togetherness of it all.

As Kothari masterfully finished the piece to a standing ovation, she gave another treat, an encore dedicated to Grandfathers. The Auld Lang Syne like melody was touching, as once again, she painted pictures with every note, photographs and polaroids of daughters, sons, and grandchildren with those we often seek wisdom from.

It’s perhaps poignant, as the classical genre is the Grandfather Willow of music, the first piece and seed of all the other branches. It now, more than ever, needs gardeners to help keep it alive, and grow it even further in a future made unsure by orange weeds.

And Kothari is not only a gardener, but a groundskeeper. And it was nothing short of a thrill to see her bloom.