Lake Park pianist gave up so much for one goal: play at Carnegie Hall

How do you get to Carnegie Hall at the unlikely age of 47?
Obsessively nurture a dream for decades.

Take a detour around any kind of normal life.

Practice the piano for six hours a day, every day. For tens of thousands of hours over the years. Practice instead of doing almost anything else. Practice until you wear out the felt hammers of your Steinway grand. Practice until your husband finally demands a 2 a.m. curfew so he can sleep, then frequently break it.

That’s the path classical pianist Yoko Sata Kothari, of Lake Park, took to win a piano competition in middle age, which includes the invitation to play a 15-minute solo on Sunday at one of the most famous concert halls in the world.

Two weeks ago, she was informed that she was among five first-place winners of the Bradshaw & Buono International Piano Competition, a contest for college-age students and above. The judges commented on her “depth of interpretation, musicality, and technical expertise.”

“I really felt like I finally made it to the top,” said Kothari.

It’s been a long climb. 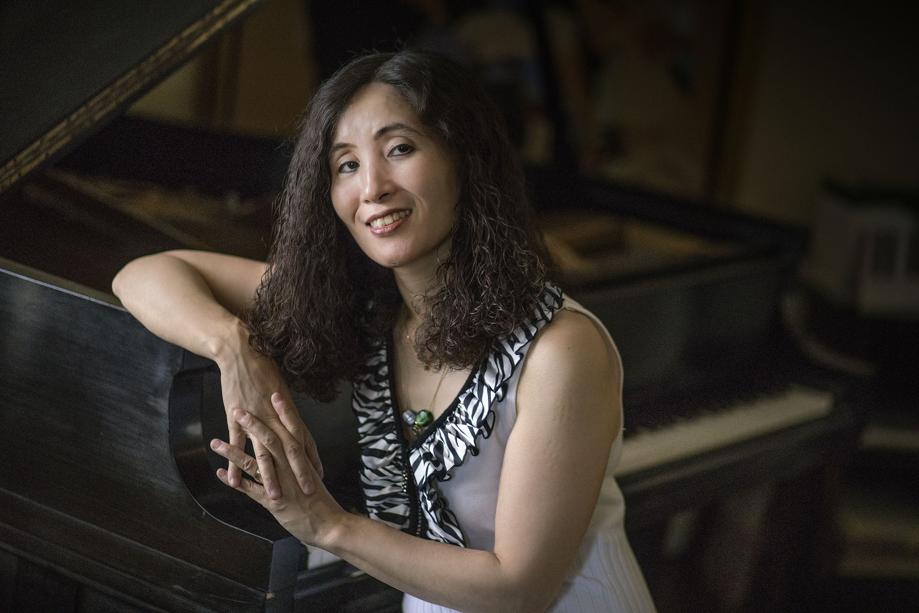 Yoko Sata Kothari of Lake Park sits next to her piano in the living room of her home Tuesday, May 9, 2017. Kothari has won a major piano competition and will play Carnegie Hall later this month. Damon Higgins / The Palm Beach Post

When she takes the stage in New York on May 21, she’ll be playing where Leonard Bernstein made his conducting debut, where Pablo Casals, Igor Stravinsky, Bela Bartok, Vladimir Horowitz, Glenn Gould, even Billie Holliday, Bob Dylan and once, that other Yoko — Yoko Ono — have played.

“Her strengths are fluency, accuracy, a strong rhythmic sense and a lovely tone,” said her mentor and coach, Phillip Evans, a former concert pianist who taught at Juilliard and Manhattan Schools of Music. He recently retired from the Lynn University faculty. “I think it’s a little bit of a long shot, but it’s possible she could have a much bigger career as a result of this contest.”

Making it to Carnegie Hall would be a huge accomplishment for a 14-year-old prodigy or a 23-year-old graduate student. It’s almost unheard of for a middle-aged musician.

The classical music world, it turns out, is almost as ageist as Hollywood.

“In this business, you’re over the hill at 30,” said Kothari, in terms of attracting a promoter to finance a concert tour. “You have to make it (as a concert pianist) by 22 or 23.”

Finally getting past the stage door of Carnegie Hall justifies all the other doors she closed in pursuit of the music she loves. She has no children, very little social life, she rarely goes to parties or out to dinner. She practices so she can perform.

“I ended up being in a life of solitary confinement. I’m glad I teach because otherwise I would have no human contact other than my husband,” said Kothari. “You can call it sacrifice but it is a choice. I might have missed out on things in life but I believed that I would achieve something like this some day.”

Says her husband, Dilip: “Many people can play the (classical piano) repertoire. Yoko is among the few who can perform it.”

Kothari was growing up in Japan when her piano teachers realized she had perfect pitch.

“In the second grade, they realized I could name the keys just by hearing them,” she said.

While she chats at her kitchen table, a beeping car alarm goes off in the neighborhood.

She listens for a moment. “C sharp,” she says.

After winning a Japanese piano competition at age 8, Kothari’s parents bought her a baby grand piano.

“My mother had always wanted to play, but wasn’t able, growing up in Tokyo before World War II,” said Kothari, who said her mother lost her house in a bombing raid during the war.

Kothari sits down at her Steinway, which takes up most of the small living room. The rest is filled with black lacquered Japanese furniture. Her feet have worn a bald spot in the animal hide rug beneath the pedals, which she plays while wearing equally threadbare Japanese slippers.

Her black curly hair obscures her face as she begins the unusual piece she’ll play at Carnegie Hall. “Fantasia” by Ferruccio Bosoni is a 1909 piece by a composer best known for his Bach piano arrangements. His own works are complex, modern and difficult.

“I thought about playing Liszt, but I wanted to play something unique,” she says.

Her hands alternately pound and caress the keys, as somewhat atonal rhythms dance and collide in the air.

“Music is like a novel,” says Kothari. “Sometimes, you need some maturity to understand the author’s true intention. A 16-year-old can play this technically, but to have the understanding of it, you need maturity.”

Kothari’s passion is for performing. After college in Tokyo, Kothari came to the U.S. at age 24, hoping to find more performance opportunities than were available in Japan. She chose Palm Beach County because she had a friend living in Wellington.

She applied for a teaching job at a music school that Dilip Kothari, a classical guitarist, had opened in North Palm Beach.

“The first time she came to the studio, I was taken by her,” said Dilip, an Ohio native. “She was beautiful. Then I heard her play and that was it. I was actually shocked that she would go out with me.”

They married within the year. Their school is now called “D&Y Music Studios.”

When Dilip, an avid outdoorsman, resumed his big-game hunting and fishing trips around the world, Yoko had uninterrupted time to practice.

Dilip says he doesn’t care. “Being a professional musician myself, I know the sacrifice and the investment in time it takes to achieve that level of play,” he said. “I think it’s a dream of every musician to play someplace as prestigious as Carnegie Hall, especially in a solo performance. She’s worked so hard, she deserves it.”

South Florida classical music fans know Yoko from her solo performances as well as appearances with the Boca String Quartet, the Lotus Duo and Trillium Piano Trio. She frequently plays in Japan and has performed in China and Italy.

Each summer, she creates an inventive solo program for the next season around a single theme.

One year, it was “The Weather Forecast” that included Beethoven’s “The Tempest” piano sonata and “The Last Rose of Summer” by Mendelssohn. Another year, her theme was “Go Green,” filled with piano pieces devoted to nature.

She introduces each piece with a little talk and always includes familiar pieces entwined with something most audiences have never heard.

“I’m here to help the audience to experience this beautiful work, I’m just a tool. I have the gift to be the bridge between composers and an audience,” Kothari says.

She’s weirdly calm about playing her 15-minute solo at Carnegie Hall. The other, mostly far younger, first-place winners asked about practice rooms. Not her.

“I know this piece. If I can’t play it, it’s not because I don’t know it, it’s because of here,” she says, her hands on her temples.

She’s also been a finalist in other prestigious competitions, including ones in which everyone else had a doctorate in music except her. This first-place award is a sign that her years of dedication — and frustration — were not in vain, as she sometimes suspected.

“People who choose this path are either destined or delusional; I just didn’t want to be delusional,” she said.

Her mentor, Evans, once listened to her play Ravel’s “La Valse,” a notoriously difficult work. Afterward, she remembers him saying, with amazement, “Yoko, do you know how few people can play at this level?”

“After that, I thought, ‘OK, maybe I’m not delusional. Maybe I am good enough,’” she said.

On her four CDs, Yoko Sata Kothari plays Bach, Chopin, Ravel, Beethoven and Liszt. They’re available at the Kothari’s D&Y Music Studios in North Palm Beach, as well as Barnes & Nobles, Chafin Music in Lake Worth and on Amazon.