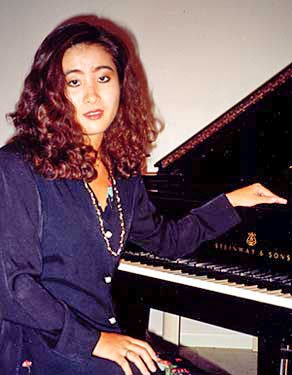 Delray Beach – Concert pianist Yoko Sata Kothari will present a recital at Saint Paul’s Episcopal Church in Delray Beach, on Sunday, Sept. 20, at 4 p.m. She will perform the following program:

Born in Tokyo, Kothari began piano studies at the age of four. At the age of eight, she became a winner of the Northern Japan Classical Piano Competition and continued to win several piano competitions throughout Japan. Kothari has also been recognized for her compositions and was a finalist of the Tokyo Youth Compositional Competition.

She graduated from the Kunitachi College of Music in Tokyo with a bachelor’s degree in performing arts. Her teachers included Takako Maeda, Miwako Tsukada and Dr. Roberta Rust at the Harid Conservatory in Boca Raton.

Kothari’s career as a pianist outside the United States includes numerous performances in Japan and concerts in India.

Since moving to Florida, Kothari performs regularly throughout South Florida and has been featured several times on WXEL FM – 90.7.

In addition to her performing career, Kothari teaches at her private studio in North Palm Beach.